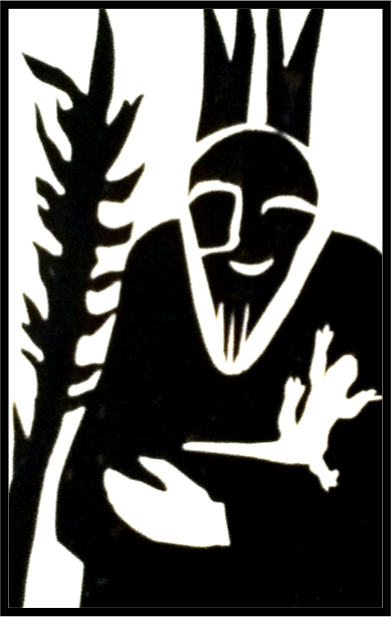 Essence: Creative and spiritual, he’s a dreamer. A truly independent spirit, he can be a good husband, but his freedom is paramount. Being receptive, empathic and playful, the King is able to inspire the young and can be good father, teacher and partner.

The King of Wands is a man who, like the Queen, is connected with the creative. The flaming wand grows up beside him. King of the Wood, he is the King of green branches in the warmth of the sun, one with the creative abundance of the summer, laughing and playful. The king is a truly independent spirit whose freedom comes from his connection to Source. He has an enormous capacity for creative work. He is one whose masculine energy manifests as a dreamer who can channel the animating fire, represented by his salamander, that unites all life

in the co-creating. This is a man who can be sympathetic and even motherly, for he is so receptive to the Feminine aspect. He is trustworthy, and honest, a good friend and father. His male and female aspects are welded into one, so her understands, teaches, sympathizes with, and inspires the young. The King of Wands is never mean, petty or manipulative. He is proud but not usually prideful. He is a magician, although not necessarily the kind that does tricks. His magic is the artistic manifestation of his creative channeling. He may be a religious leader or a spiritual person.

When the card is reversed, it may indicate insensitivity to the feelings of others. Because he can become so involved in his creative endeavors, he can shut out his own physical needs as well as the physical or emotional needs of others. He can be impractical, someone with his head in the clouds. He can be unpredictable but never boring. Since money is not of any particular importance, he may or may not have very much, although there’s usually enough to get by.

As a potential partner it’s important to know he views financial security or any other security as illusory. This belief, which can appear as stinginess, may make him insecure about resources. Or he may seem reluctant to make a concrete commitment, since in his philosophy, change is the only thing he knows can be counted on.