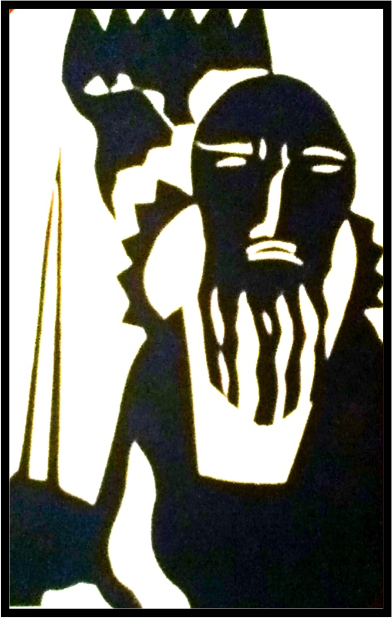 THE KING OF SWORDS

Essence: Reason is exalted, and the law.I deals of fairness, equality, and of weighing differing points of view reign supreme. Also, an authoritative man ruled by intellect. Committed to reason and the life of the mind, he often denies or has little interest in the emotional or sensual aspects of life. He might be a scientist, mathematician, teacher, judge, diplomat, or counselor.

The King of Swords represents reason exalted. A man of authority, he may be a judge, or this card may signify the ascendency of reason and the law as such. He represents the ability to be rational, commanding, powerful, and objective. He can be a masterful problem solver or skilled diplomat. Concerned with and committed to ideas such as fairness, he is skilled at settling disputes. A wise and compassionate counselor, he is able to set aside his own emotions in order to view the subject as a whole. As well as law, research and scientific methods appeal to his temperament, making him a capable spy, detective, surgeon, scientist, successful in any occupation where gathering and synthesizing information or finding reasonable solutions is called for. He may also be something of an idealist.

More concerned with laws, contractual agreements, theories and proofs, the King of Swords tries to avoid being entangled by potentially chaotic, sensual or emotional elements. Intelligence here is experienced as an ability to collect and use information without letting our emotions get in the way. For the King of Swords, the life of the mind is his most profound commitment. He trusts absolutely in the scientific method and man’s ability to rationally evaluate all information.

When reversed, it might indicate one so concerned with the letter of the law that he is lacking in areas of compassion or mercy. Convinced of his absolute ability to always act rationally, he can be self-deceiving, delusional, or even paranoid.

This card, when upside down, could describe a jealous and controlling personality who is capable of rationalizing anything. This person can be very dangerous, since he can inflict even the most monstrous tortures in the name of science, politics, religion or information gathering. Like the old patriarchal God or the ghost of Hamlet’s father, the King of Swords reversed may demand vengeance, even to the destruction of his whole kingdom.