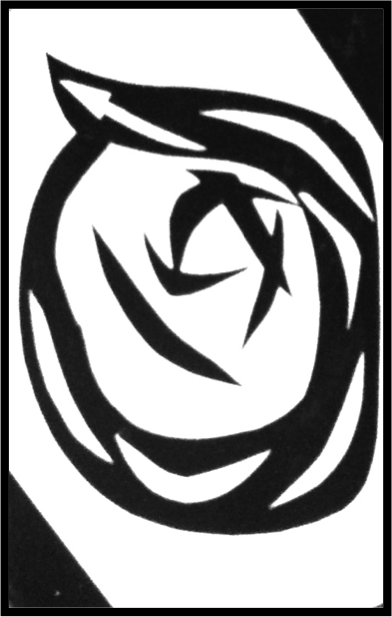 Essence: Samekh is symbolic of a prop or support; also an arrow and all that reaches an end. It encompasses all concepts of circumferential limit or cyclical movements: the year, destiny, and fatality. Samekh references all that links ends to means, and beginnings to endings, so as to begin anew. Rider-Waite Tarot: Death

60 ס SAMEKH, PROP OR SUPPORT, ARROW, COMPLETION,
ALL THAT REACHES AN END

Samekh is the number 60. Symbolic of a prop or support and also an arrow, what these apparently divergent objects have in common is that they all lead to an end. The prop or support ends at the roof or other object it is supporting. Likewise, an arrow’s journey through the air ends either when gravity halts its flight or when it meets an object. Just as a circle both encloses and terminates the flow of energy between inside and outside, Samekh describes all concepts, which pertain to a circumferential limit, circular or cyclical movements. It is therefore the year, destiny, to come to an end, fatality and the angel of death itself. Endings and beginnings and the journey are all One.

Yet, Samekh symbolizes a paradoxical ending. Because Samekh has a little tail, it can actually be seen to represent the beginning of an evolving spiral as viewed from above. It lacks the fixity of a closed circle (O). Samekh spins crossing over its original starting point as we spiral through our life’s lessons. Thus, as one cycle ends another begins. Samekh is the cycle of destiny coming full circle only to begin once more.

In Samekh the connecting power of the Vav has come full circle, lowering itself down into the earth and then coming round back up to meet itself again in the heaven of its origin; from whence the cycle can repeat itself again and again.

Samekh reminds us that each step of any action or process is equally important, from a proper beginning to a satisfying finish. Beginning and end are one. What matters is to live with the consciousness that each day and every interaction presents a choice. The choices we make become us. Samekh describes how what we send out returns again to transform our lives. It refers to a turn of events, and also to turn around. It gives us the opportunity to transform ourselves. Consciously or unconsciously, willingly or not, we are transformed. We turn into death and return to our origin. We are transformed by lifetime after lifetime. Samekh is both death and infinity. It is the end, which links all that exists. Even death ends in the Eternal Infinite Holy One.

In its power for transformation the Samekh card resembles the Tarot’s Death Card.

When reversed in a reading, this card may be indicative of the results of past actions returning or of our past catching up with us.

The contrary Samekh card is also an indication that we are rationalizing our means in order to attain a goal. We are being reminded that the end does not justify the means. This reversal warns that we are heading for a difficult time ahead. If we do not turn from our present course of action an unwanted transformative experience awaits us. The time has come to ask our self, “What do I need to turn around or return to? Is there a bad habit I need to break? Can I make a better choice or come up with a more effective solution?”

This may be a time to delay gratification, sublimate or transform our desires. And this is possible, for Samekhrepresents both the end of a cycle and the beginning of a new one.