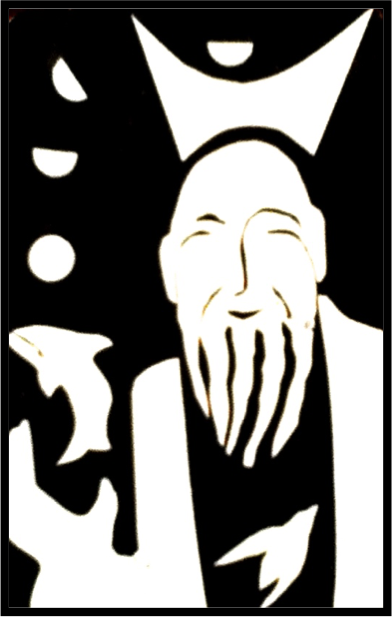 Essence: A wise, kind, mature man comfortable in the emotional realm. He is a good father, counselor or teacher who views change philosophically. He sees transformation and change as a necessary manifestation of the order in chaos.

The King of Cups represents a wise older man. He is full of love and kindness prompted by his ability to feel deeply and empathetically. His being twinkles like sunlight on water. The dove of the Goddess is in his heart. The dolphin dances in his hand and the moon’s phases float like bubbles in and out of his cup-shaped crown. He is immersed in the sensitive chaos of life. Emotions are under his control so he’s not swept away with their tides. Being a good husband and father, he behaves toward others in a warm and supportive way. A good advisor and counselor, with a loving and nurturing manner in his relationships, the King represents a mensch (fully responsible ethical human being).

Where The Queen of Cups is the constancy and the unity at the hub of the changing emotional seasons, The King is the alert compassionate observer who evaluates and helps each find its rightful place in the whole.