Inspirations from OUR ANCIENT MOTHER’S ALPHABET 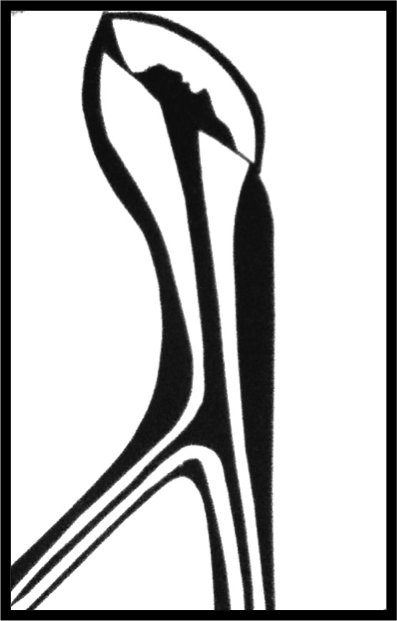 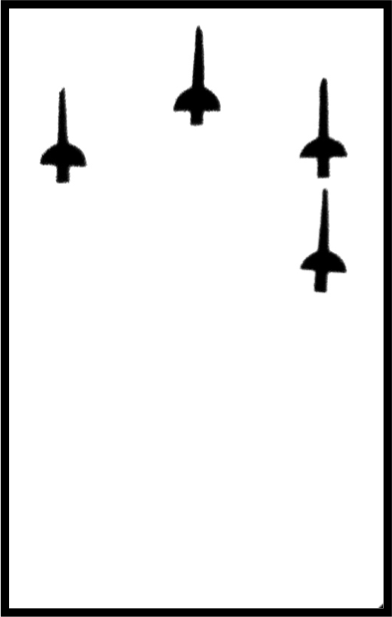 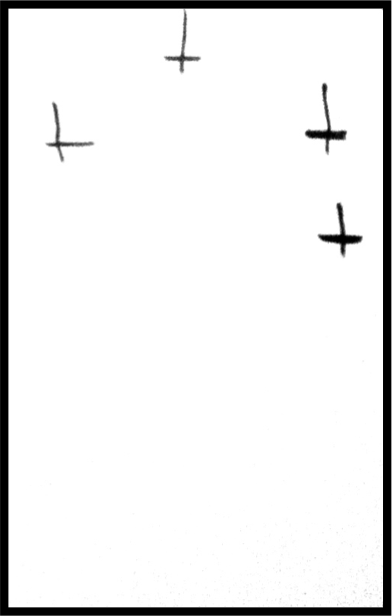 Essence: Thinking is expanded until everything and anything can be rationalized. We have too much faith in our detached mental ability to solve all problems. Egotism of self-righteousness and self-deception is predominant.

The Hesed (four) of Swords represents a time of extreme expanded mental energies. Our thinking is imbalanced. Everything can be rationalized. Ends are considered the justification for any means chosen. We may believe that power and the use of force is the only way for obtaining a desired outcome. We are being warned that our weapons are disproportionate to the task: an atom bomb dropped on an anthill; choosing a drug which is more dangerous than the disease it’s meant to treat; a war where people no longer know why they are fighting yet still cannot stop. The Hesed of Swords may be an outgrowth of our frustration as a parent, spouse or friend. Having been tested to the limit, we find ourselves rationalizing abusive or bad behaviorwherewe maysay or do something we might regret.

Our actions in thrall to our imbalanced thinking may have a manic quality. It becomes important to slow down and think things through and reexamine our assumptions. We now must allow more time to evaluate our performance and look again at our motives.

With the Hesed of Swords we might ask, “What do I need in order to gain a better perspective of the situation? Isn’t it time to take a breather?”

We need to stop for a moment, take a breath and see the absurdity of our position. It’s time to let the light of humor in through our clouded thinking.

In The Hesed reversed we’re being forcefully asked by some circumstance to pay attention to other aspects of life. Stop focusing on the solitary pursuit of some ambition or goal and focus within. When we look and listen to that inner guide, it can give us the answer and lead us to find a more effective direction toward which to focusour mental energy.

This reversal can be a warning we are in danger of physical disease. Mental and physical states are interconnected. It can especially refer to diseases such as fevers, infections, or any other malady that comes on suddenly and spreads rapidly throughout the body. Time to take preventive measures. Be aware the body is not just a servant of our great brain. Mental stress such as worry and anxiety may be better controlled, by focusing on the present moment rather than a not-yet-existent future.

This reversal reminds us that the body and immune system needs our attention, cleansing, nourishment, care, respect and love to thrive. Find ways to release or lower stress. And, even if we’re having fun, conserve our energy. Take it easy! 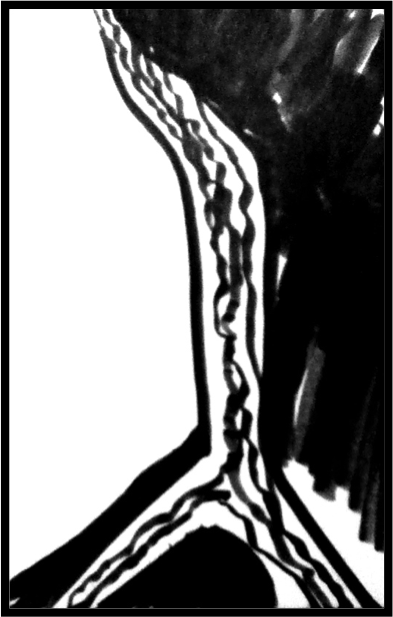 Essence: Camel, Masculine Energy symbolic of any hollow object through which energy flows. It erects as energy flows in, then as energy moves through and out, it dies back, only to rise again in an ever-flowing cycle. We’re not cause but conduit for Sacred-Energy.

Gimel is the number 3, from a symbol that means camel, for its ability to fill itself with and store water for future nourishment. It is the symbol of the throat, the hollow cylinder, and any deep, hollow object or enclosure.

It is the windpipe. It is the channel through which the energy moves, causing the tides to rise and fall. Gimelis male, mighty and heroic, rising up erect as the energy flows in, then dying, only to be resurrected once more. Like a wave rolling, he grows great and recedes, then grows and recedes again in an ever-flowing cycle.Gimelis drinking in that which is needed for growth, gathering in treasures and riches, gathering experience, reincarnating again and again, collecting lifetimes of experiences. In performing acts of loving kindness, giving and receiving joy, Gimel as gardener channels nourishment to our garden, and the garden ripens in return. Here we realize we are not the cause, but the conductor of, and conduit for, the Sacred-Energy received from Bet.

As Bet is the maternal womb of Aleph, the Infinite One, Gimel is the umbilical cord uniting and resolving duality as it connects and channels energy, nourishment and life into the newly created being.

Gimel, first child of The Mother, the Son card as primary-male energy, is about becoming great, gathering strength and experiential learning. It is directing, moving, appreciating and channeling Source Energy. The Gimel card also stresses the importance of learning the difference between what can be channeled, controlled or gathered, and what is beyond our ability to control.

The Gimel card is like the Magician in the Rider-Waite Tarot, forthe wand the Magician holds reminds us that the power is not ours. Not being the Cause, we must release our controlling ego and open ourselves to become a clear channel for the Creative Energy.

The Gimel card reversed can indicate haughtiness, pride, boastfulness and exaggeration. When reversed, the card indicates danger of becoming hard and crystalline. It may also indicate we’re feeling or becoming shallow, hollow, or gluttonous.  There may be a danger of thinking our self to be source, instead of the channel. In reversed position we may be in danger of cutting our own throat by shutting ourselves off from our source of nourishment. When the natural flow of vital energy is blocked by our ego needs and the desire to appear powerful or always right, the Gimelreversed may indicate danger of becoming insatiable, toxic. 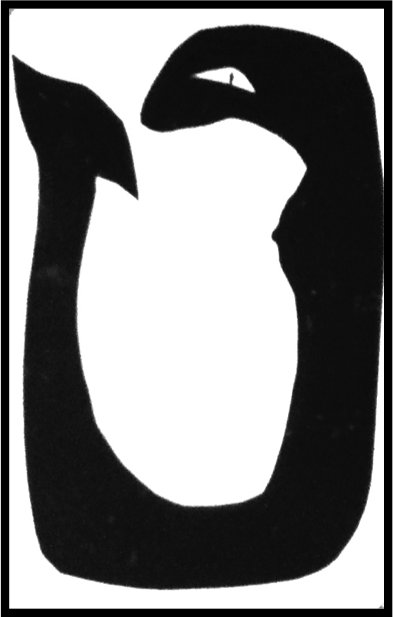 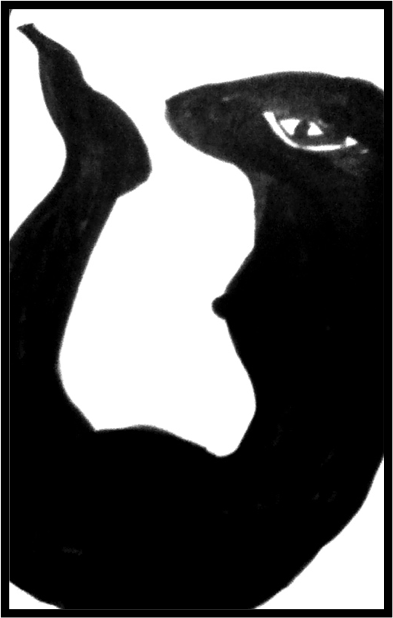 ESSENCE: Tet, a serpent, symbolizes the Great Mother. The Wise Preserving Force and Lawmaker offers us knowledge and loss of innocence, then holds us responsible for our choices. Our karmic teacher invites us to know our Holiness.  Rider-Waite Tarot: Justice
Tet is the number 9, Serpent, Karma the Great Mother forming a shelter or roof with her body. She holds us in her dark lap and teaches us her wisdom. She protects and covers us over and rocks us to sleep. At the navel, the center where the secrets of life are hidden, she is the shield and natural preserving force, the energy that breathes and lifts us as we breathe.
While Chet is a fence around a field, Tet is the serpent protecting and surrounding the fence. Chet is a field or garden enclosed and Tet is the serpent of wisdom curled around the tree at its center. As the serpent in the garden who first inspired us with the knowledge of good and evil, she now holds us responsible for that which we have chosen to make our own. Tet is the truth we must face. Linked to wisdom and to prophetic dreams where the Divine reveals itself, She opens our mind to knowledge and our destiny. She is the lawmaker and counselor, the place deep in our center where we know whether our choices are right or wrong, healthy or destructive. When we are sheltered and immersed in goodness she is the hidden treasure, the wholeness that is in our own depths, a gift to be discovered. It is the miracle by which we live.
Now made pure, we are given the power and the intelligence to fly with the highest Self. The serpent that tempted us with the knowledge of good and evil forces us to grow up. We have what is needed for a safe journey: a foundation and the loss of innocence, for Tet is good. “I would lead thee, and bring thee into my mother’s house who would instruct me…” (Solomon’s Song, 8:2)
Tet is related to the Tarot card Justice. Here, at the center of the Garden, in the protection of her lap, we are taught and guided by the results of our choices. Tet is the natural consequences by which we learn; she is the collector of karmic debts, the severe but still-loving mother.
REVERSED
When Tet is reversed, it refers to those things we do that separate ourselves from our highest good or wholeness. There is too much concern with self-protection. We may be behaving in selfish and irresponsible, egocentric ways. We have grown too fond of the dark lap, sleeping curled and covered, even when She would have uswake up.
It is time to awaken and realize that it is only the hiding, the lack of trust in our relationships, the secrets we keep from ourselves and those we profess to love, that separate us from the Garden.

Inspiration from a unique Tarot based with new insights on the Holy Kabbalah and original Hebrew alphabet letter meanings.
See my book OUR ANCIENT MOTHERS ALPHABET

Each Holy letter can never be fully translated into human language. Through creating your own deck their meaning will unfold and you’ll discover they resonate in your life in unexpected and enlightening ways.
See my Book Our Ancient Mothers Alphabet.

About the Card’s Design